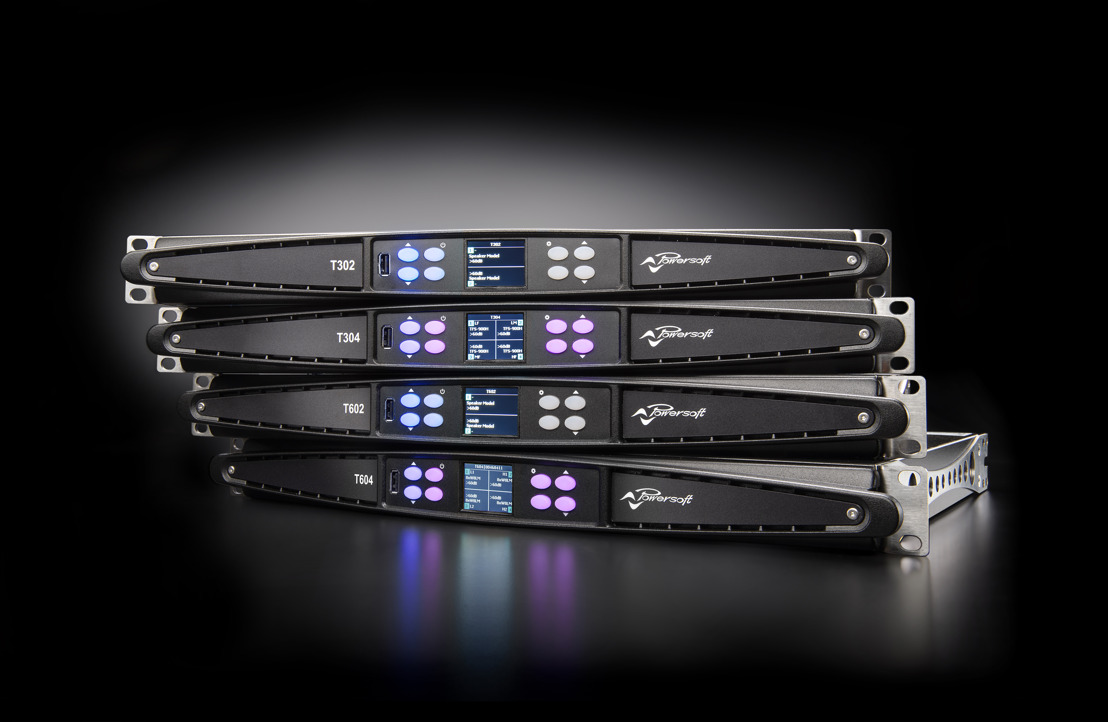 "We're setting a new benchmark for the type of reliability and audio performance you can expect from a product at this price level," said Klas Dalbjörn, Product Manager at Powersoft. "The T Series is Powersoft's solution for rental companies with small to medium-size sound systems, and it features next generation processing and networking capabilities, but at lower price point. It is also perfect for small touring bands, DJs and a range of other applications.”

T Series: Bringing Power to the People
The T Series consists of both 2- and 4-channel models available in 3,000 W and 6,000 W versions supporting channel powers from 750 W to 3,000 W in a single rack unit. All models can deliver the same high peak voltage and can drive single 8/16 ohm cabinets at full SPL, making the T Series a cost-effective solution for small systems without boxes in parallel. The high voltage can also be used for power sharing between channels for applications such as bi-amped loudspeakers or subwoofers with passive tops.

In addition to analog inputs, the T Series also includes AES3 and Dante™ by Audinate® inputs, which are optimized for daisy-chained distribution of 2-channel audio to multiple amplifiers with no need for external switches or splitters. Each model features group controllable advanced EQ to let users equalize multiple amplifiers in a chain, as well as a robust preset library with FIR processing.

Powerful remote processing and ArmoníaPlus™
The T Series offers remote control and advanced signal processing abilities via Powersoft's ArmoníaPlus System Manager as well as onboard DSP. Each amplifier platform in the T Series is fully operable from the front panel display, ensuring ease of set up and control. The display includes features like preset recall, gain, delay and mute, plus it also shows available headroom, as well as other status monitoring.

T Series: an Elegant Combination of Power and Simplicity
Modeled after X Series line of touring of amplifiers, the Powersoft T Series offers the ultimate ease of use. "We spent a lot of time working on a display with a navigation that's very easy to understand and to configure," Dalbjörn said. "We have included context sensitive buttons with back lighting that lights up only when the button is functional, which makes it really easy for end-users to control the system using the front panel.

"Our decision to include the option for daisy-chained Dante networking on the T Series was based on customer feedback," Dalbjörn continued. "The T Series is really a game changer, I think, in terms of reliable performance, usability and audio quality. We're raising the bar on what you can expect in a small to medium-size rental system." 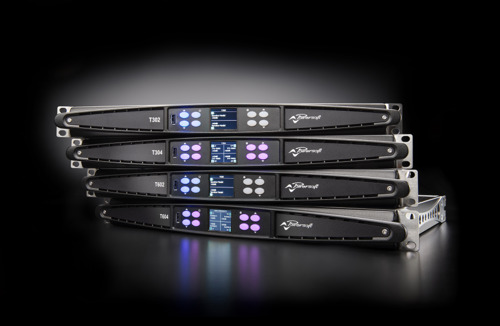 Powersoft is nominated in “Amplification Hardware/Studio & Sound Reinforcement” category, and will be a Bronze sponsor of ceremony in January