Florence, Italy, March 15, 2017 – Powersoft, a leading manufacturer of advanced power amplification technology, recently launched a playful — yet informative and practical — video campaign designed to inform new and existing customers of its latest series of groundbreaking amplifiers: Quattrocanali. The international campaign, which utilizes cartoons in a clever and informative narrative visual context, consists of four separate videos, each honing in on a key concept of the campaign's messaging: 'Seamless Integration', 'Effortless Installation', 'Greener Earth', and an 'overview' of the line.


At its base, the video campaign, which is hosted on YouTube, is designed to connect with Powersoft's new and existing customers in the professional audio sphere — these customers typically include dealers, integrators and end-users seeking amplification solutions to drive professional loudspeakers in the live sound, touring and integration markets. The company, which is headquartered in Florence, Italy, will leverage its international network of marketing agencies to push out the four videos.

Each of the videos — which feature colorful, cartoon-like animation — were developed and executed in-house by Powersoft’s own marketing team and feature a friendly 'archetypal' audio engineer character coasting through his installation challenges using the new Quattrocanali amplifier. The videos’ playful tone — which is both approachable and non-scientific — sets Powersoft apart from the dry data sheets, mountains of product specifications and technologically verbose marketing vernacular that is more commonplace in the fast-moving and often intellectually demanding engineering-centric industry.

Francesco Fanicchi, Brand and Communication Director, Powersoft, comments: “The idea for our Quattrocanali campaign was born out of our desire to communicate what the Powersoft brand stands for — but in a way that would be captivating, easy to understand, and relatable. The bullet-pointed feature lists that commonly accompany new products in our industry is exasperating for both the people writing it and reading it — so we devised a fun, informative set of visual presentations that would allow us to convey just how exciting Powersoft technology is while being viscerally compelling enough to hold just about anyone's attention without making them feel like they need a degree in physics to keep up.”

“In today’s media environment, video is the best tool you have to reach end users with your brand’s message,” he continued. “There’s something emotionally stimulating about a moving image, especially one with bright colors. It was also very important to us that the video campaign is easily accessed and consumed at home, at work or on mobile devices. It inspires a higher level of social media engagement than other media, so it was well worth the effort on the front end."

The nomenclature of the campaign which centers on '4' was chosen because the Quattrocanali amplifier has four channels — ‘quattro’ being the Italian word for ‘four’. Powersoft’s marketing team extrapolated four key attributes that would focus on different themes of each video: '4 Seamless Integration', '4 Your Freedom', '4 Greener Earth', and '4 Installation'.

The 4 Your Freedom video serves as an overview, introducing the series and establishing its aesthetic with bright colors and a spry and funky backing track. The video then delves into the details, outlining the three variations of the Quattrocanali that are available: the 1204, 2404, and 4804. The video covers varying wattage capabilities, enabling useful scalability. Animated amplifier and speaker diagrams keep things visually engaging, outlining the many possible amplifier and speaker configurations — ultimately illustrating Quattrocanali’s flexibility in challenging environments. The video also captures differences between the “DSP+D” and non-DSP versions of each unit in the line.

Thanks to Quattrocanali's advanced power supply, the product's cool operating temperature is also less taxing on power-hungry climate control systems — reducing carbon footprint and whimsically expressed in the video by happy penguins and a healthy, green forest. The video makes it clear that all of this is possible while enhancing sound quality because of the Quattrocanali’s ability to recycle wasted energy from speakers into the amplifier — enabling more stable power output during operation.

The 4 Effortless Installation video elucidates Quattrocanali's vast range of potential applications. These include bars, restaurants, retailers, gyms, and any number of small and medium-sized installations. At this point, a cartoon stand-in for Powersoft end users is introduced, who demonstrates how the Quattrocanali solves audio problems by delivering product to any number of storefronts in the manner of a tech-loving Johnny Appleseed.

The compact form factor of the Quattrocanali allows the protagonist to give a clunky old amplifier rack the boot in favor of a more compact and svelte Powersoft rack with integrated DSP processing that eliminates the need for additional outboard gear. The amplifiers are so advanced that our narrator seems to attract the attention of enterprising aliens who suck him into their spaceship.

The 4 Seamless Integration video delves into the power of Powersoft’s Armonía software platform. Illustrations of bouncing meters and adjustable digital dials shows how our cartoon protagonist is able to conduct remote operation of the Quattrocanali, giving him the ability to control key amplifier functions while kicking back in his office.

The video draws attention to the unit's networking features as well, including CAT5, Dante, or WiFi connections to make monitoring and operation a snap from anywhere. This is playfully exemplified as the main character controls the amplifier from a number of obscure locations — including the beach and outer space. Armonía even provides an Access Manager security feature, enabling the primary user to lockout guest users from certain functions. In the video, the cartoon hero thwarts a gruff-looking body builder’s attempts to fiddle with the system by employing this feature.

Powersoft is the world leader in lightweight, high power, single rack space, energy efficient amplifiers for the professional audio market. Founded in Italy in 1995, headquartered in Florence, Italy, with offices in Camarillo, CA, Powersoft couples the experience and precision of its production department with exceptional components to deliver products with perfect audio response and high performance reliability. Its state-of-the-art amplifiers can be found in an array of markets, ranging from stadiums, sporting arenas, theme parks, performance venues and airports to convention centers, churches and clubs, and are used by the world's leading tour sound companies. For more information, visit the Powersoft website @ www.powersoft-audio.com 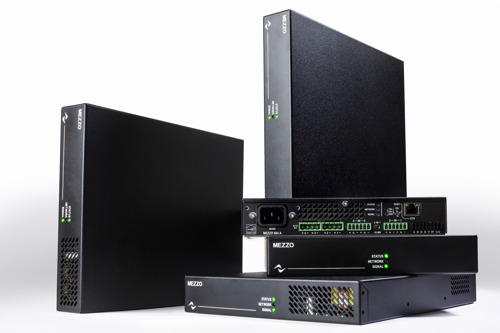 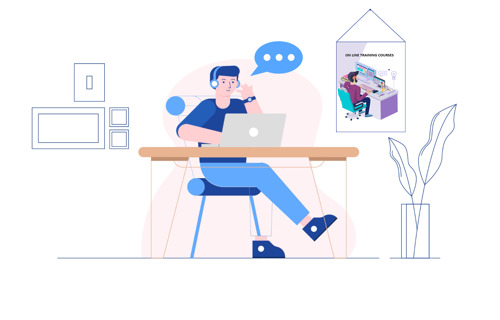 Upcoming trainings will be offered in English, Spanish, and Italian and will focus on ArmoníaPlus, HealthPlus, Mezzo