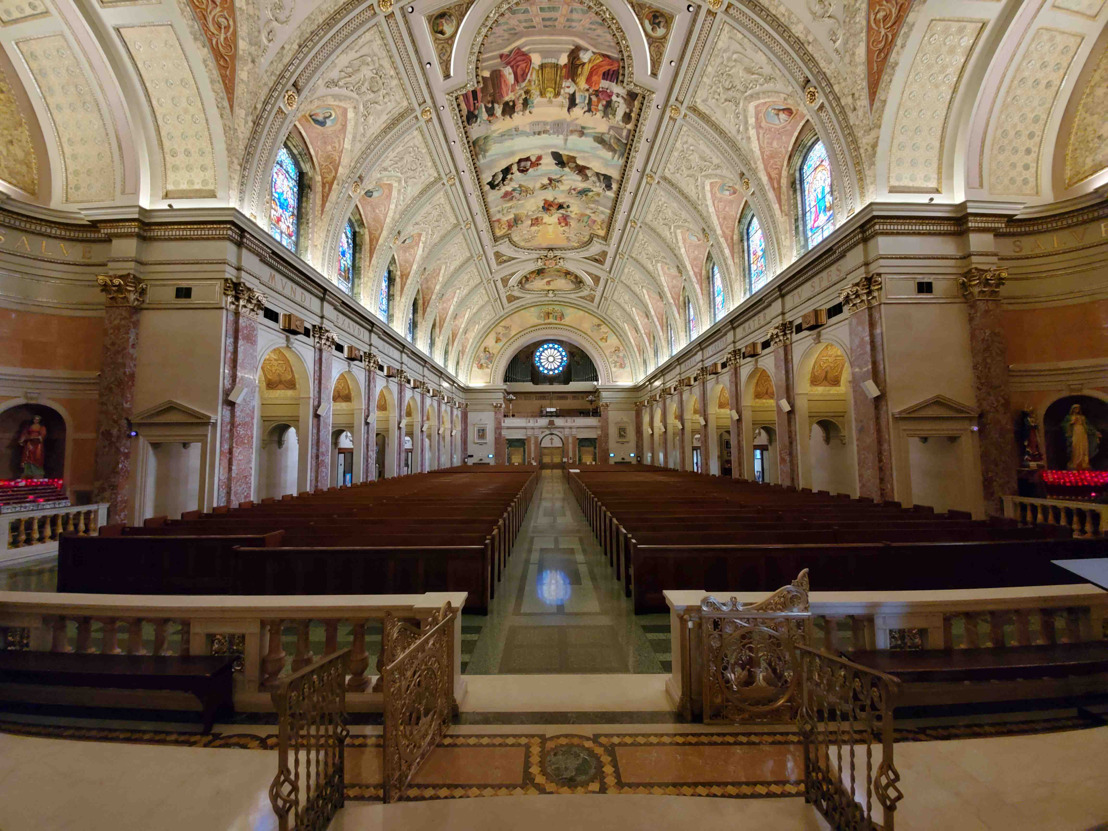 Brooklyn, NY, January 7, 2020 -- Dedicated in 1951, the Basilica of Regina Pacis is one of two minor basilicas in the Roman Catholic Diocese of Brooklyn, New York, and serves as a spiritual hub for members the parish of St. Rosalia-Regina Pacis. Located in the Bensonhurst section of Brooklyn, the historic house-of-worship boasts all the hallmarks cathedral-style architecture — a long, narrow nave intersected at right angle by a narrow transept and lined with marble columns bearing a massive arched ceiling, which is decorated with ornate religious murals above and intricate stained glass windows in recessed alcoves above the columns on each side, all of which lead the viewers gaze to a raised semicircular apse beyond the transept.

While the basilica's awe-inspiring architecture, opulent interior and elaborate ornamentation have made it a destination for worshippers and a neighborhood landmark, reverberant spaces like the one in the Basilica of Regina Pacis pose a host of challenges for today's house-of-worship integrators. So, when it came time for Monte Bros. to upgrade to the sound system they previously installed in 2002, Monte Bros.’ Steve Minozzi designed the latest system using three Powersoft Quattrocanali 1204 amplifier platforms to power all 12 independent zones, over more than 5,000 feet of cable.

"Acoustically, it's extremely difficult to design a sound system for a church like the Basilica of Regina Pacis," Minozzi said. "It's a long, rectangular space with a lot of hard surfaces, a concave ceiling, and a concave sanctuary. That breaks every acoustic rule in the book. But, we have to make the sound system work for the space, and it has to work automatically. So, when it comes to amplification in these kinds of basilicas, we need a heavy lifter. And the Powersoft Quattrocanali 1204 is a heavy lifter."

"In 2002, the amplifiers and DSP processors we installed were the top of the line — but that was almost 18 years ago," Minozzi said. "The Quattrocanali has more horsepower and a very low rate of failure. And that's No. 1 concern for a contractor: dependability.

"Heat dispersion is another problem in big installs like this, because they need a lot amplifiers," he continued. "That was a main reason we upgraded the system using the Quattrocanali 1204."

Building on Monte Bros. decades-long partnership with the Basilica of Regina Pacis — starting with a sound system installation in 1989, which they later updated to include DSP processors in 2002 — the most recent upgrade to the church's sound system includes two rows of custom-built speakers designed to blend in with the marble columns on each side of the nave.

"Inside the church, it's a beautiful space," Minozzi said. "And when you put in a new sound system, you obviously don't want to desecrate the appearance in any way. So, when the speaker installation was completed, we had custom grill cloths made to match the beautiful marble columns.

"30 years ago, if you took a powerful amplifier and connected it to speakers without first plugging it into a mixer to control the levels, you would fry the speakers," he explained. "They would go up in a puff of smoke!

"So, one of the other important features of the Powersoft Quattrocanali 1204 is that it senses changes in ohmage, because the amplifiers have to deal with changes due to capacitance and other anomalies. Since each bank of speakers is on its own Quattrocanali channel, if one speaker goes bad, the amp will automatically sense the change and readjust. That's why we chose Powersoft."

Powersoft Duecanali and Ottocanali are the Platforms of Choice to Drive Updated System in Brand New Facility, as Music and A Capella Remains an Integral Part of Worship Services 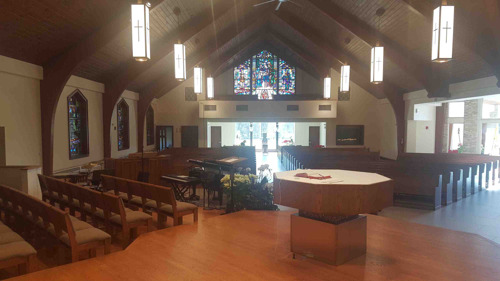