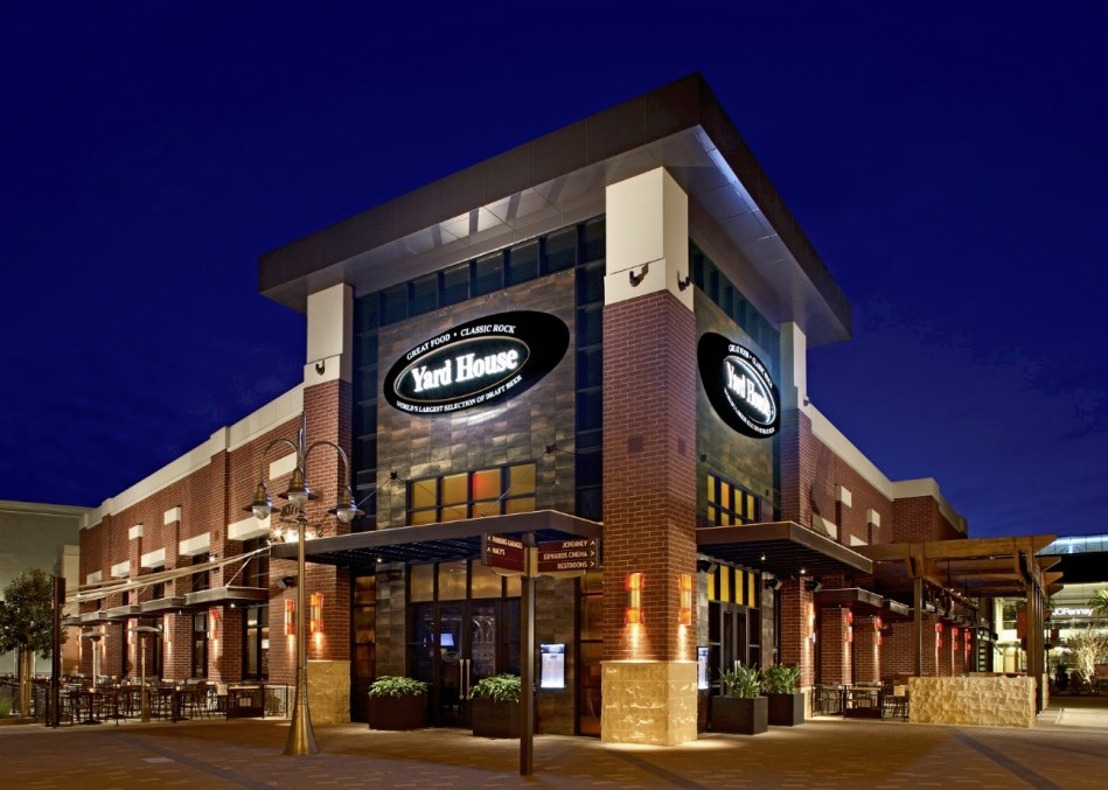 “Paul Hugo was working with us on other projects when he mentioned Powersoft amps," says Gordon. "We knew of Powersoft’s great reputation on the touring and production side but didn’t know about the range of install amplifiers that would meet our needs. Now we use Powersoft Quattrocanali amplifiers in all new and retrofit installations of Yard House and Bubba’s 33 restaurants across the country.”

No Static has worked with Yard House from the inception of the restaurant, known for its broad menu and beer selection and now numbering 72 locations. Bubba’s 33 — which is known not only for its food and drink but also the 55 flat screen TVs it has at every location — became a client three years ago. Since then, No Static has provided A/V for 25 of its restaurant locations, with more on the way. To meet both clients’ needs, No Static needed a powerful and efficient amplifier platform, and their search ended after discovering the superior performance, compactness, and reliability of Powersoft’s Quattrocanali series amplifier platform.

Quattrocanali’s compact size — only a single rack space for four channels of amplification — was a critical attribute for Gordon and his clients. “We are tight on rack space in both locations, so that’s one reason we need multichannel amps that provide a lot of power,” Gordon says. “We’ve only got two racks for each location and they’re packed top to bottom with gear.” A Crestron DigitalMedia switcher and QSC Q-SYS control system also occupy rack space, along with DirectTV receivers, touch screens and other visual A/V equipment.

With the compactness of the Powersoft amps, Gordon is now able to pack six Quattrocanali 2404 amplifiers platforms at both Yard House and Bubba’s 33, along with an additional Quattrocanali 4804 at Bubba’s 33 to drive their subwoofers. This provides plenty of sound reinforcement for the Screenplay music video streaming service both clients utilize. “We’ve still got network switches mounted on the backside of the rack because we had nowhere else to put them,” Gordon notes.

Command and control
With so many locations, controlling audio/visual system costs is important for No Static’s clients, and Quattrocanali helps Gordon and his team by enabling a high speaker count per amplifier channel. “We want good coverage and no hot spots or dead spots, so the only way is with a high speaker count.” The Quattrocanali 2404 amps each deliver an ample 600W per channel, with the 4804 elevating output to 1200W per channel. “It’s plenty of power to drive all the speakers we need.” The compact channel count also allows Gordon to deliver the 6-8 discrete zones he needs at each location for independent source routing and volume control.

No Static installs Community loudspeakers at both locations, with 30 to 35 of the company’s V2-8 full-range speakers at Yard House and a combination of 44 of its D6 in-ceiling speakers and 11 of its D10 subwoofers at Bubba’s 33. “We run both of these systems at 8 Ohms, and we love that the Quattrocanali amplifier platforms can go down to 2 Ohms with no issues and minimal thermal output so we can still put a lot of speakers on each channel,” he explains. “We’re approaching the cost-effectiveness of a 70 volt system when you can put that many speakers on an amplifier at at low impedance, but of course the fidelity is much better.”

Less is more
Powersoft’s efficiency also contributes by helping keep our clients’ operating costs under control. “The low power draw is helpful, because the less power we can pull the better,” Gordon says. “It helps our clients because less power means less conduit and less labor on installing the power; and lower electric bills once the restaurant is open. We typically have between 8 and 12 circuits put in for everything, so it saves a little money on pipe and wire.” That helps keep management cool, as well as the equipment racks. “They’re so efficient that they keep fairly cool, so there’s no issues with heat either.”

Powersoft also helps with cost-savings in less obvious ways. “They’re lightweight, which saves on freight,” Gordon says. "It used to be that inefficient amps with lots of heat sinks accounted for most of the weight in a rack. Now, with Powersoft, we don’t have to think about amps as a heavier load, they’re just part of the rack. And they’ve been rock solid for us.” It’s a key attribute for the gear that No Static installs, especially given their reach. “Reliability is critical when you’ve got approximately 300 hundred installs all over the country. You don’t want to have to go back for a problem.”

Gordon also notes that Powersoft’s exceptional customer support imbues additional confidence, while No Static itself provides a yearly cleaning and check-up for its clients to ensure continued reliability of its systems. “The way the front panel pops right off of the Quattrocanali for filter cleaning makes those maintenance visits super easy for us.”

Sounds like a winner
Gordon acknowledges that the many benefits of Quattrocanali would be moot if not for their excellent sound quality. “The general consensus from everyone here is that they sound great," he says. And that means Powersoft amplifiers will be cropping up as a part of more and more of the A/V installations No Static designs and manages. “Once we started using Powersoft and discovered how much we liked them, we’ve been using them everywhere!” 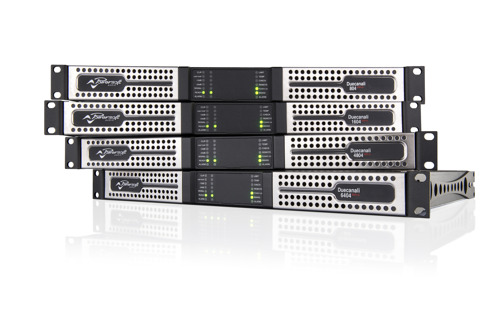